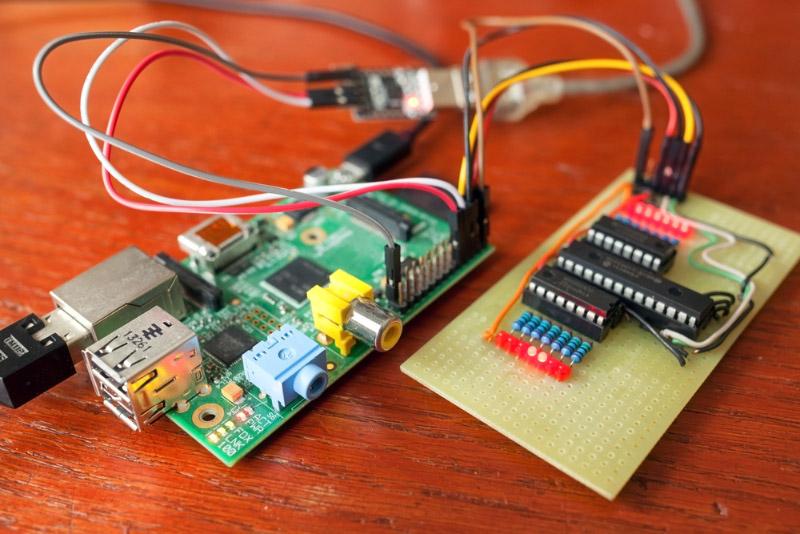 It seems a while since the last Raspberry Pi was released back in February 2016; but thanks to the Raspberry Pi 3 Model B+'s excellent extendibility options, the Pi still has a lot to offer, even in 2019.

As you are reading this, the chances are that you are either an expert Pi user, looking to add some brand-new HATs (Hardware Attached on Top) to your model, or a beginner looking to get started with the best HATs that are available right now for the Raspberry Pi. Either way, the following are definitely among the best ones available right now.

One of the bestselling Raspberry Pi HATs of all time is, without a doubt, the Sense. It is not just the most popular product in the entire history of Raspberry Pi extensions, but it's also a rudimentary one that is perfect if you are only starting.

As you can probably guess from the name itself, Sense is a HAT designed for sensing various parameters with the help of the included accelerometer, gyroscope, magnetometer, air pressure sensor, temperature sensor, and humidity sensor. The Sense was initially created for space ventures during the launch of the Astro Pi Project.

You will find the Sense HAT, along with most of the other official Raspberry PI extensions on Vilros because it is, entirely only, the best online market for Raspberry Pi enthusiasts out there. If you are only just starting, get one of their multiple Raspberry Pi Kit packages for beginners, and it will have everything you need for the project, right out of the box.

Be sure to check all the Raspberry Pi Kit options available on the site first though, because the one you buy should in some way cater to what you need or want to do with the Pi. For example, The Vilros Raspberry Pi 3 Model B+ Retro Arcade Gaming Kit with Retro Gaming Controller Set lets you turn your Raspberry Pi into a powerful retro console that can mostly play any of the classics from the 80s and the 90s without breaking a sweat!

The automation controller is mostly used for building home monitoring devices with the Raspberry Pi, as it comes equipped with analog channels, relays, buffered inputs, and powered outputs. You can check out more details about the Automation HAT on the Pimoroni website.

There are various manufacturers of the Servo HAT, but at its core, all Servos are used in motorized projects that are powered by the Raspberry Pi.

Depending on which version of the HAT you buy, the number of sensors will differ. For example, the Adafruit Capacitive Touch HAT has 12 capacitive sensors included in the box, ready to be added to the Raspberry Pi. Check out this smart little musical project on YouTube, created with the Capacitive Touch HAT.

The PoE HAT is a very recently released official extension, created by the Raspberry Pi Foundation itself.
It enables the Raspberry Pi to draw and even supply power via ethernet, which is why it's named PoE, aka Power over Ethernet.

In combination with a PoE switch, the PoE HAT and of course, the Raspberry Pi, it is possible to power small devices like smartphones, while only using the ethernet for drawing and supplying power via the socket and the cable.

It is almost comical how every HAT gives away the functionality it serves with the name itself, but that's part of the plan here. They are named so intentionally to make everything simpler.

The official TV HAT from the manufacturer enables watching TV channels with the Raspberry Pi. The DVB connector essentially turns your Pi into a digital signal receiver for the broadcast channels. You can connect the Raspberry Pi with any display and turn it into a TV, so this is a handy HAT indeed.

One of the most basic, but handy HATs of them all, is the UPS HAT. It merely makes the Raspberry Pi compatible with batteries, so that when the power goes out, or the voltage fluctuates during a storm, nothing is damaged and no data is lost.

Although HATs like the ones we just mentioned are keeping the Pi 3 Model B+ alive, the truth is that it's aging now. Don't worry though, because according to the CEO and founder Eben Upton himself, Raspberry Pi will have its next iteration in 2020. A 2019 release was expected earlier, but that is now out of the question, and just for the sake of clarity, it will be called Raspberry Pi 4! As for now, these extensions and a whole range of kits will keep you busy with the Pi 3 Model B+ for a long time to come.