Skip to content
Games
Shout Me Crunch
No Comments

A school playground is different from other general playgrounds where school authority decorates according to children’s preferences and abilities. They also pick equipment that helps to develop children’s cognitive ability and enhance socialization quality. 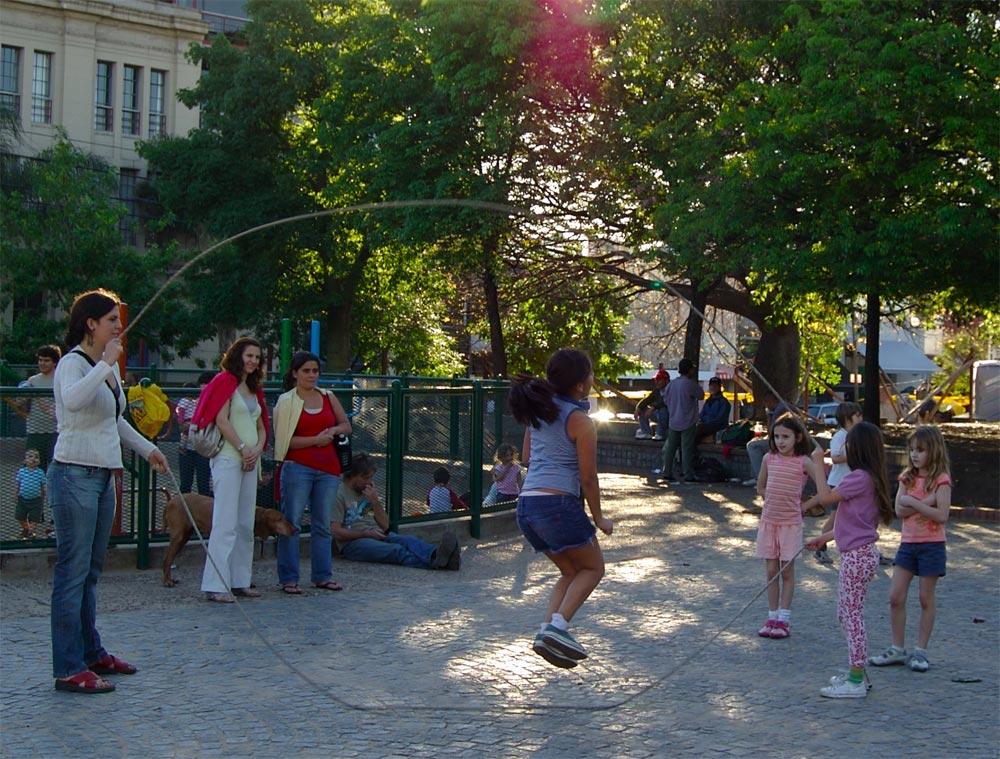 Not every child prefers the same game, but obviously, they choose the game from the world of playground, which gives them much pleasure and delight. Here we are providing a list of the ten most popular school playground games- 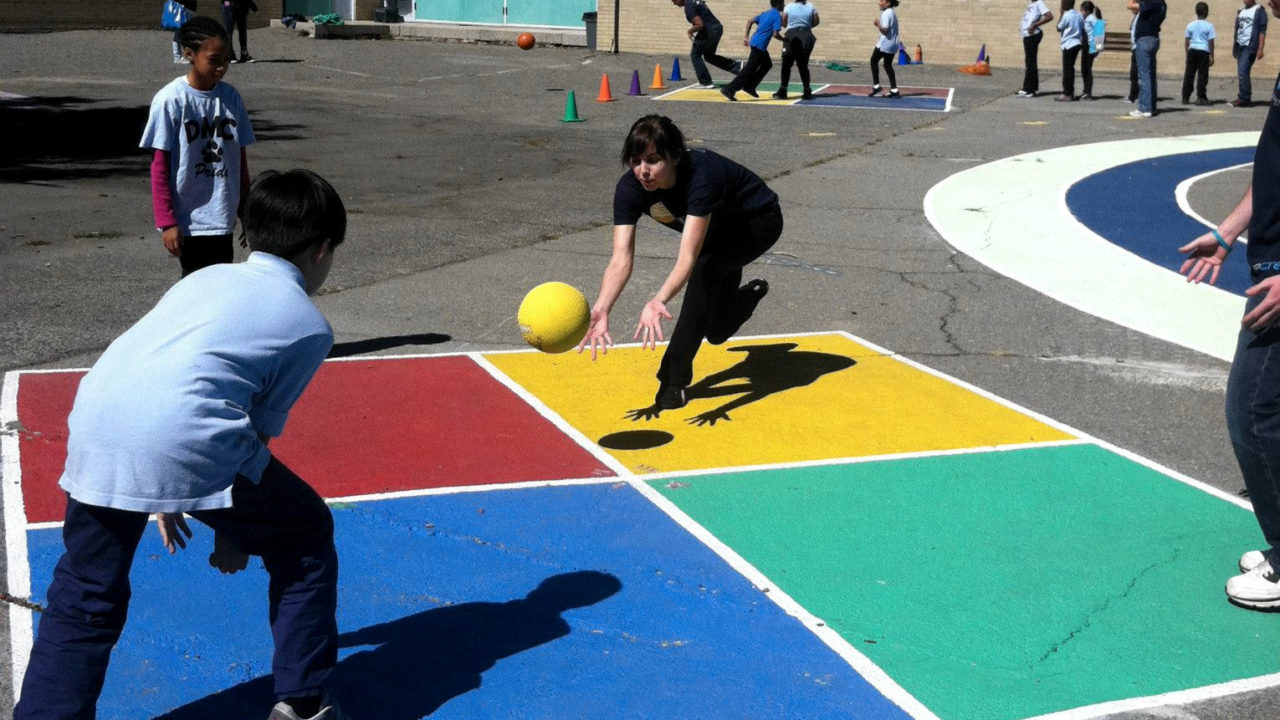 This is a simple but delightful and engaging game for four players. It just needs an ample enough open space where four squares are drawn in a way that they make a larger square together. One kid stands in each square, and they throw a ball aiming at the next kid either in left and right-hand order. When a player misses the ball and drops it, he is out. The last successful catcher is the winner.

One of the oldest playground games, Hopscotch needs open space, chalk to draw some numbered grids (patterns are always changeable), and a ring or a small suitable object to throw inside the grids. A player has to throw the ring from some distance, aiming at a particular grid. If h/she is successful, she hops through the grids without touching the lines, and h/she passes if h/she can collect the ring back.

Hopscotch develops the kids' balance, eyesight, aiming ability, and memory. It goes well with children of grades 2 to 5. 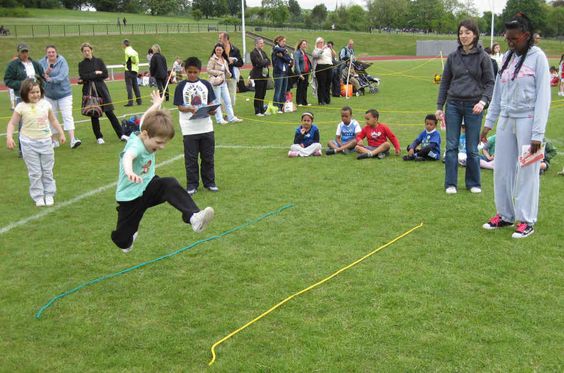 This game develops gross motor skills and coordination ability of a child. It’s a simple game where children are instructed to cross an imaginary river. Put or draw an obstacle and tell them to jump and pass this. They need to jump over the imaginary river without getting their feet wet.

Jump the river helps a child learn the basics of jumping, and it is designed for grade 1 or grade 2 children.

This is another jumping game where two long jump rope turns in opposite directions continuously. One or two players are instructed to jump simultaneously. At least three children are required to play Double Dutch. This seems to be a simple game, but it has many benefits in child development.

Double Dutch encourages kids’ creativity, teamwork, and sportsmanship. Starting from nursery school, kids like to play it even in grade 4 or 5.

Maybe the most favorite school playground game for students all over the world is swinging. A safe and colorful swing set is a symbol of a healthy school environment for your kid.  The swing set can be used by a single child or a small group of two or three at a time. While one or two kids can sit on the swing set, the others can push from behind.

Swinging is a highly pleasurable game for the children and can increase peer relationships amongst them. Children love to play with swing set a; over their childhood.

Puzzle-solving is famously known for its brain work and excitement. Usually, multiple puzzle lines are drawn across the ground using different colors. Then some rewards are put on the endpoint of each line. Children stand to wait at the starting point of each line. When the competition starts, they move quickly through their color track to collect their reward. This is funny and also can be played with teams in many other versions.

Puzzle-solving kids always grow up with a sharper mind. Due to brain work, puzzle-solving is mostly played by students of grade 3 and above.

An all-time popular school children game is Dodge ball. Kids are divided into two teams, and they stand in two lines at the opposite ends of the field. All of them are given with softballs to throw at the opponent members. Whoever is hit by the ball is out. The last player who can successfully dodge everyone’s ball is the winner.

Dodge ball allows high reflex, superb enjoyment, and great team building at the same time. It's famous amongst nursery school kids, which they may continue up to grade 2.

This game makes children laugh a lot. One player is chosen as ‘it,’ and she runs after the others to tag them. When a kid is tagged, she is frozen and has to stand with hands and legs wide apart. When another kid crawls through her legs, she is unfrozen again. If ‘it’ can freeze all the players, she wins.

Tag freeze is the best game for developing muscles and flexibility, co-operation and teamwork, and listening capacity and capacity to follow those directions all at the same time. Usually, kids of nursery school or up to 3rd-grade students play this game with immense enjoyment.

This is another game with balls. Each player has their ball, usually with a different color. Another tiny ball is used as a target. The target ball is thrown randomly on the field. Then other children try to throw their ball as close to the target as possible. The thrower of the nearest ball wins.

Bocce improves eyesight, ability to measure, and aiming skill of the players. Starting from grade 1 or 2 kids, this game is popular amongst the ‘big boys’ of school, too.

This is an old school classic that is still very popular amongst kids around the world. They stand in a circle, and a ball is passed from hand to hand. Another kid sings her favorite song looking in a different direction. When the song ends, the kid with the ball is out. The last kid with the ball is the winner.

Hot Potato is always a generator of laugh and competition. It develops the listening skill and reflex of the children. It is famous amongst nursery school kids as well as up to grade 4 or 5.

Bio: KM Muttakee is a creative writer and content. He works to build a proper connection between the platform and the audience with meaningful discourses, where the language is the bridge. Working for world of playgrounds as a content writer.

Educational Games for Adults in 2020

Mobile Game Development Trends of 2021: Future of the Gaming Industry

10 Online Games to Help You Have Fun During a Pandemic