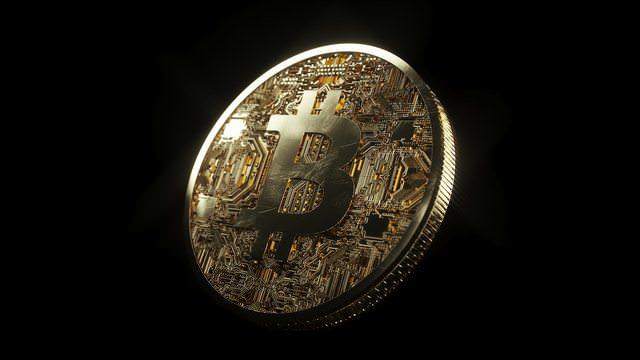 A cryptocurrency is a form of decentralized currency that is safeguarded by cryptography. It is the decentralized digital medium of exchange because no bank or government underwrites its value, as is the case for traditional currencies. Instead, cryptocurrency draws its value from the collective agreement on the distributed ledger within a user community.

As cryptocurrency is a virtual medium of exchange, some people might find it hard to attribute any value to it whatsoever. However, unlike traditional currencies which don’t have a cap on their supply, cryptocurrency is limited to a fixed number of units that are released into the network over a stipulated period. As a result, it does have a paucity value in the same manner that currencies linked to the gold standard once had.

How do cryptocurrencies work?

Cryptocurrencies, like traditional currencies, enable people to buy and sell goods and services. But the area where they differ from the fiat currencies is the way they are produced or introduced into the network (being decentralized, they are not at the whim of a government or central bank) and the way transactions are recorded publically within the cryptocurrency system.

Most cryptocurrencies are generated through a process known as ‘mining.’ This form of mining has nothing to do with digging but is the complex process carried out by computers to verify transactions about cryptocurrencies. Miners are powerful computers that use bespoke software to solve cryptographic mathematical problems. They are rewarded with a predecided share of the total transaction value as a result of creating more currency in the process.

Once the miners solve the required cryptographic problems that arise during a transaction, their solution is validated within the community and submitted to a ‘public ledger’ which records the transaction as a block of data. This block is appended to the previous blocks of data to form a chain of blocks, each element validating and verifying the others.

How many cryptocurrencies exist?

There are already over 1500 cryptocurrencies in existence, and many more are expected to hit the market as the popularity of the cryptocurrencies soars. However, although there are numerous cryptocurrencies, they considerably vary in popularity and utility. The pioneer and the most popular cryptocurrency, Bitcoin, has a market capitalization greater than most of its competitors combined.

Where can I use cryptocurrency?

Bitcoin is by far and away the most used cryptocurrency (accepted by 100,000 merchants worldwide), and London accommodates Europe’s greatest concentration of businesses accepting Bitcoin. But we can notice that the Bitcoin’s merchant network is still being overshadowed by the well-established payment processing networks of MasterCard and Visa. In comparison to their volume very few businesses currently, accept Bitcoin. These mostly include foreign exchange companies that trade Bitcoin just like the exchanges that deal with traditional currencies. However, a few very large businesses including Dell, Expedia, Microsoft, and Paypal do accept Bitcoin, and more are likely to follow suit.

Although the adoption of cryptocurrencies by merchants has been relatively slow, this could increase very rapidly, making them a very attractive and effective day-to-day payment method. Cryptocurrencies already have some great benefits over traditional currencies which have helped trigger the growing interest in them, even amongst traditional banks.

By the amazing technological dynamics with the help of which cryptocurrencies are created, they have a limited and quantifiable supply, unlike traditional currencies whose value can be diminished over time (through government or central bank’s measures to increase supply). There can be no addition to the stipulated units of a particular cryptocurrency that has been made available altogether, so they retain their value over time. In their case, value (unlike traditional currency) is likely to increase over time.

Fees required for transacting in cryptocurrencies are far lower than the interchange fees associated with traditional payment modes, so they serve as a far more efficient way for merchants to accept payment. Payment settlement is also accomplished instantly; hence recipients do not face unwarranted delays while they wait for payments to get cleared. This helps in easy business cash flow.

Cryptocurrencies cannot be counterfeited as traditional currencies because complete and transparent ownership ledgers identify all the available units and their owner with the help of the robust blockchain technology. Also as the cryptocurrency transactions are initiated by the holder of the currency, they are not vulnerable to merchants initiating transactions for incorrect amounts.

By virtue of their designs, cryptocurrencies do not follow national borders; they are available for use to anyone with internet and other digital technologies. This has benefitted billions of people in the developing world with smartphones, who have witnessed their local currency suffer from high inflation (which rapidly erodes the value of any savings).

Although there are many benefits of cryptocurrency, it does have some disadvantages when compared with its alternatives.

The adoption rate for cryptocurrencies is still low, although it’s steadily growing. If the main purpose of all currency is the ability to buy and sell with it, then cryptocurrencies currently fall well short of traditional currencies.

Although considered flawed by a huge section of masses, the central banks help guarantee the value of their currency, helping it withstand financial shocks as it can always be used to buy goods to its market value. Without a central bank, cryptocurrencies might remain susceptible to market volatility, which may benefit currency traders who can profit from day-to-day fluctuations in value.

Although the increase in the supply of money in the economy by central banks can reduce its value, it can help them to stimulate growth. But since cryptocurrencies come in a fixed number of units in totality, there is no scope for governments to use them to help rekindle a subdued economy.

Cryptocurrencies exist without political allegiance, therefore, be used for good or bad and their creator has no means to prevent criminal activity. But traditional currencies have such legal bindings.

The future of cryptocurrency

Although cryptocurrency use is not yet widespread, it is expanding. Due to their flexibility and transparency if they are unlikely to lose popularity so traditional banks (including some central banks) have begun to investigate how cryptocurrencies could be incorporated into the traditional banking framework.

We have a beautiful infographic on the Top 8 women in Cryptocurrency developed by our friends at Mrbtc.org. The infographic speaks about the most popular crypto women and their achievements. Check out the following infographic and share your thoughts.